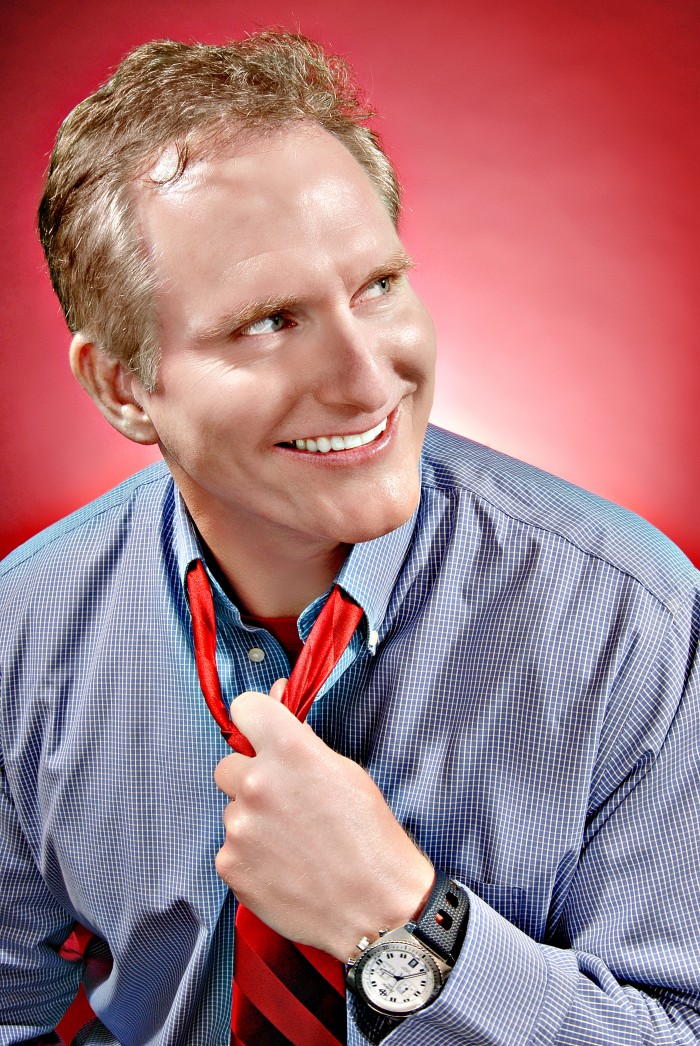 “Greg Hahn performed for 45 mins at my birthday party, and virtually all 80 guests told me they laughed so hard they cried. I couldn’t see them clearly because my own vision was frequently blurred by tears of laughter. He is an enormously talented guy.”DEAN KOONTZ
Best-selling Author

Greg Hahn has parlayed his absurdly energetic, all out style of physical humor, one liners and crowd work into a performance of immediate pandemonium and continuous laughs. His unique stylings have led to numerous television, corporate and theater appearances throughout the US and Canada.

Greg was raised in South Florida where in high school he amused the Catholic nuns by poking holes in his pockets enabling pencils to shoot out of his pant leg.

As a college basketball player, his enjoyment of half court shots earned him a sweet spot on the bench.

As a Captain in the Marines Corps, Greg kept his men highly motivated and could not overemphasize that camouflage is continuous.

While a buyer for Lockheed Corporation, he thought “Why make $200 a day, when I can be a comedian and make that in a week?”

After several serious jobs where he refused to be serious, Greg turned pro as a stand up comedian and landed a job as emcee for a theme park lumberjack show. This supplied him with four audiences a day, intoxicated ax swinging lumberjacks, and a log rolling dog.

Soon afterwards, he worked as stuntman in the Wild Wild Wild West Stunt Show at Universal Studios. “For $20 an hour, I’d run out and get hit in the head with a stick, perfect!”

When appearing on Star Search, Greg was spotted by Tom Griswold of the nationally syndicated Bob & Tom Radio Show. Greg has since established himself as a favorite guest on the show and starred on the Bob @ Tom Comedy Central Special. He also headlines the Friends of The Bob @ Tom Theater Tour, which included a stop at the Las Vegas Comedy Festival.

A return appearance to the Montreal Comedy Festival along with the Halifax Comedy Festival and wild appearances on Country Music Television’s “Comedy Stage”, “Comics Unleashed with Byron Allen” and running for president on “TOSH.O” (Comedy Central) have added to Greg’s popularity.

Greg now lives in Los Angeles where he continues to infiltrate the TV and movie biz with the intention of buying a llama farm and a kitchen fish tank.